A Southern California city council voted Monday for the second time to cement its opposition to the state’s sanctuary law following a tense 5-hour debate and clashes between anti-sanctuary measure supporters and protesters.

Los Alamitos Council members voted 4-1 to opt out of a state law that prohibited state and local police agencies from informing federal authorities in cases when illegal immigrants facing deportation are released from detention.

It is the second time the council voted in favor of the ordinance as the city’s laws required the council to have a second reading of the measure before officially approving it. 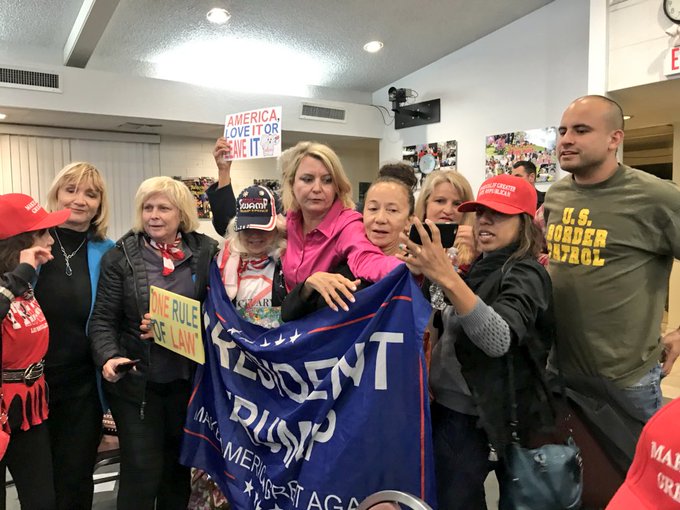 Councilman Mark Chirco was the only dissenting voice on the council. He said the council has no legal authority to approve the ordinance and criticized the council members for what he called being irresponsible, stating that the measure will open the city to lawsuits.

Shortly after the vote, the American Civil Liberties Union (ACLU) tweeted that the ordinance is “a blatant violation of the city’s obligation to follow a state law that puts our local resources to use for the safety of our communities rather than toward federal immigration agencies.”

The civil rights group previously threatened the city with a lawsuit if it passes the ordinance.

#LosAlamitos city council votes to “opt out” of the CA Values Act, a blatant violation of the city’s obligation to follow a state law that puts our local resources to use for the safety of our communities rather than toward federal immigration agencies.

The special council meeting on Monday in Los Alamitos attracted droves of supporters and protesters of the measure, prompting minor clashes outside the City Hall, The Orange County Register reported.

But most proceedings remained peaceful, only accompanied with loud jeers and applauses.

“Nobody is above the law. We have elected officials in Sacramento who think they can do whatever they want to do,” Raul Rodriguez, from Apple Valley, spoke in support of the ordinance, according to the Register.

Omar Siddiqui, a U.S. Congressional candidate in California running to unseat Republican Rep. Dana Rohrabacher, also spoke at the meeting, urging the council to oppose the motion as “our communities are safer when we work with each other and trust each other, not when we operate under a police state.”

The Orange County city claims the state law is legally problematic because it may be “in direct conflict with federal laws and the Constitution.” The adopted ordinance says the council “finds that it is impossible to honor our oath to support and defend the Constitution of the United States,” if they do not opt out of it.

The council now joins a dozen other cities that voiced an opposition to California’s sanctuary law.

The San Diego County Board of Supervisors will decide Tuesday whether to join the Trump administration’s lawsuit against the state’s sanctuary laws.

A 100 day pause on deportation of …by Tbag19 hours ago

The Capitol-area security fencing …by Tbag20 hours ago

Seattle protesters oppose Biden a …by Tbag20 hours ago

Joe Exotic says he was ‘too gay’ …by Tbag21 hours ago

Why did Amazon wait until Biden’s …by Tbag21 hours ago

FBI releases new wanted poster of …by Tbag22 hours ago

135 civil rights groups speak out …by Tbag22 hours ago

A 9 year old Philadelphia girl di …by Tbag23 hours ago

The Great Subculture of Ninja Top …by amitabulsura4 days ago

Man Tries To Eject Wife From Her …by Tbag4 days ago