A convicted cocaine importer known for her Instagram photos at breathtaking travel destinations has been sentenced to eight years in prison for helping smuggle $21 million worth of the drug.

Melina Roberge, 24, a Canadian, weeped in an Australian courtroom while learning she will serve a minimum four years and nine months in prison, and a maximum eight years, with her earliest release date in May 2021, the New York Post reported.

Roberge is the youngest of three Canadians who prosecutors said imported 209 pounds of cocaine on a luxury cruise en route to Australia, where it docked and was raided, the report said.

Australian authorities called it the largest drug seizure on a commercial boat or plane the country has ever had, the BBC reported.

Roberge stood to earn a possible $100,000 from the plot, the Post reported. She was sentenced for trafficking 63 pounds of the drug — 50 pounds of it pure. 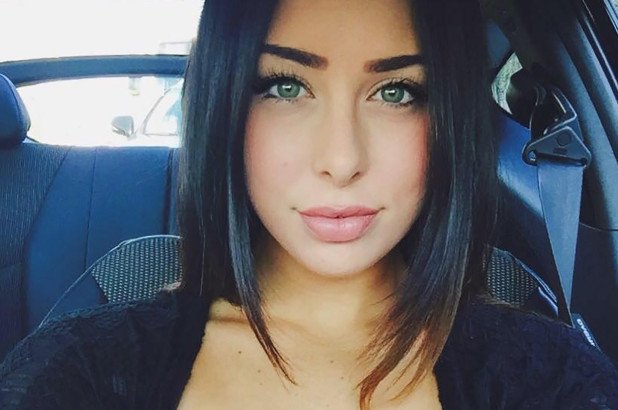 In July 2016, the former jewelry store manager accepted a free holiday on a cruise liner, the Sydney Morning Herald reported.

The Sea Princess vessel made stops in Ireland, the U.S., Canada, New Zealand and South American countries, including Colombia and Peru, during a seven-week journey, the report said.

The two were reportedly given first-class cruise tickets worth $20,000, plus about $5,000 in spending money.

Judge Kate Traill of the New South Wales District Court said Wednesday she accepted that Roberge, was genuinely remorseful and had “a good chance of rehabilitation,” the BBC reported.

But the judge criticized Roberge’s social media motivations for taking the cruise, the Post reported.

“It is a very sad indictment on her relative age group in society to seem to get self-worth relative to posts on Instagram,” Traill said. “This highlights the negative influence of social media on young women.”

Roberge had regretted her actions since her arrest and incarceration in different maximum security Sydney women’s prisons, the Post reported.

The judge also said Roberge had a sexual relationship with her so-called “sugar daddy,” who is a “much older man,” the Post reported.

“He charmed her and spoiled her and became intimately involved with her,” Traill said.

The sugar daddy “enticed” her to work as an escort, as she slept with men he introduced her to in nightclubs, the Post reported. She reportedly earned more than $12,000 as an escort in Morocco.

She met him in a Montreal restaurant in early 2015, the Sydney Morning Herald reported.

A third French Canadian drug plotter, Andre Tamine, 67, was also arrested in August 2016 along with Roberge and Lagace, the Post reported.

Lagace reportedly made an early guilty plea and was sentenced to a maximum seven-and-a-half, minimum four-and-a-half years in prison, just shy of Roberge’s sentence.

Tamine will be sentenced at a later date.