Authorities in Los Angeles on Tuesday released a Colorado man accused of stalking pop star Taylor Swift outside her Beverly Hills home while wearing a mask and keeping a knife in his car.

Julius Sandrock, 38, was arrested Saturday on suspicion of stalking, the Los Angeles County Sheriff’s Department said. Swift wasn’t at the home at the time.

Aside from the knife, officers searching Sandrock’s car found a rope, ammunition and more masks and gloves, according to a temporary restraining order obtained by police.

Prescription medications, including oxycodone, also were found, the order said.

Sandrock told arresting officers that he suffered from depression, bipolar disorder, obsessive-compulsive disorder and manic episodes, according to the document. 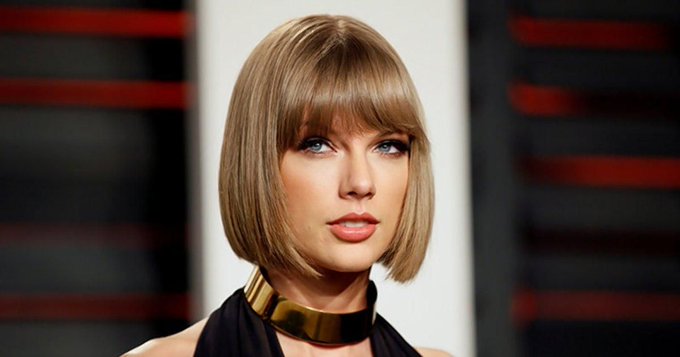 Mask-wearing Taylor Swift stalker tried to break into the singer’s home with a knife and ammo in his car, police say https://nydn.us/2EUZkED

The document, obtained by the New York Daily News, said Sandrock told police he owned a .22 caliber handgun, a 9mm handgun and a .380 caliber handgun. Sandrock also told officers he was on probation after a “disorderly conduct and discharging a firearm” conviction in Colorado.

Sandrock had driven to Beverly Hills from his home in Broomfield, Colo. — about 1,040 miles — just to see Swift, the restraining order said.

His arrest followed the April 8 arrest of a homeless man, Justin Lilly, 23, on suspicion of trespassing after he tried to climb a wall at the same property and ignored warnings by security guards to leave.

Swift wasn’t at the home then, either.

Lilly was charged with a misdemeanor and sentenced to three days in jail.

Biden's pledge to suspend deporta …by Tbag3 hours ago

Capitol rioter accused of stealin …by Tbag3 hours ago

Etinosa Idemudia shows off her ne …by Chefee8 hours ago

Pennsylvania town is on high aler …by Tbag10 hours ago

Why Biden Won't Support Buhari's …by Holly12 hours ago

How to solve login issue on terno …by Tbag12 hours ago

The Great Subculture of Ninja Top …by amitabulsura1 day ago

Man Tries To Eject Wife From Her …by Tbag1 day ago

Etinosa finally unveils her daugh …by Chefee1 day ago

A Woman Hijacks Commercial Bus Fr …by Tbag1 day ago

Lionel Messi Sent-off For The Fir …by Tbag1 day ago

What will Kanye be Really Worth W …by Tbag1 day ago

Car With Learner Sign Crushes Six …by Tbag1 day ago

Alexei Navalny: EU and US demand …by fbhfgchf1 day ago

Buhari, Osinbajo To Spend ₦3.4 Bi …by Tbag2 days ago

Villagers Flock To Worship 5-Legg …by Tbag2 days ago

World’s Rarest Passport That's He …by Tbag2 days ago

NIN Is Mandatory For Foreign Dipl …by Tbag2 days ago