A county commissioner in Florida is facing pressure to resign after being arrested last week on multiple prostitution-related charges.

He allegedly paid one woman for sex on Mondays and Wednesdays, and another for sex on Tuesdays and Saturdays, the newspaper reported.

One of the women, Valerie Surette, 30, described herself as a stripper with an “on-and-off drug problem.” She told the Times she served as Nicholson’s “sex slave” in exchange for cash for groceries and a place to live. 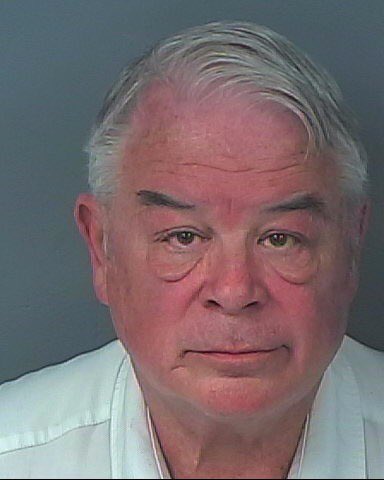 JUST got this from Hernando Co GOP chair @jagator97 regarding county commissioner Nicholas Nicholson, accused of prostitution and of physical abuse: “The Republican Party is demanding his resignation.”

According to the Times, Surette moved into Nicholson’s home with her husband. Nicholson allegedly paid the couple $300 for sex with Surette on Tuesdays and Saturdays.

Another woman, Melinda Baker, 38, allegedly received money from Nicholson for rent and rehab clinic bills in exchange for sex on Mondays and Wednesdays.

Prostitution charges against the women were not expected at this time, a sheriff’s lieutenant told the Times.

Nicholson has been barred from returning to his home pending an injunction for protection against sexual violence. Neighbors – who said they saw an endless cycle of cars and “clients” show up at the house – expressed relief that the commissioner had been arrested.

“It doesn’t take a rocket scientist to figure out what’s going,” one neighbor said.

Nicholson was bailed out shortly after his arrest and resumed work Friday. 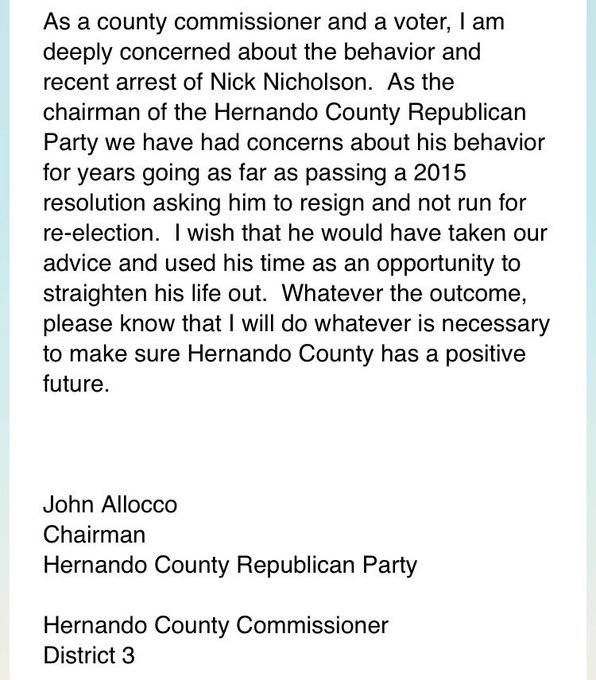 Meanwhile, the executive committee of Hernando County’s Republican Party voted unanimously to ask Nicholson to step down from his post. But as of Friday, the commissioner had not resigned.

Biden's pledge to suspend deporta …by Tbag19 hours ago

Capitol rioter accused of stealin …by Tbag19 hours ago

Buhari, Osinbajo To Spend ₦3.4 Bi …by Tbag3 days ago

Villagers Flock To Worship 5-Legg …by Tbag3 days ago

World’s Rarest Passport That's He …by Tbag3 days ago