Authorities launched a dragnet for a shooter who gunned down at least four people and injured several others at a Tennessee Waffle House early Sunday before a “hero” patron wrestled the weapon away, police said.

The alleged gunman, Travis Reinking, 29, began shooting at patrons around 3:25 a.m. Sunday at the Waffle House in Antioch, located about 16 miles southeast of downtown Nashville, before fleeing the scene, Metro Nashville police said. Authorities had initially identified Reinking as a person of interest, but later said he was a suspect.

“If you see a nude guy walking around this morning call the police department,” Don Aaron of the Metro Nashville Police Department told WTVF. 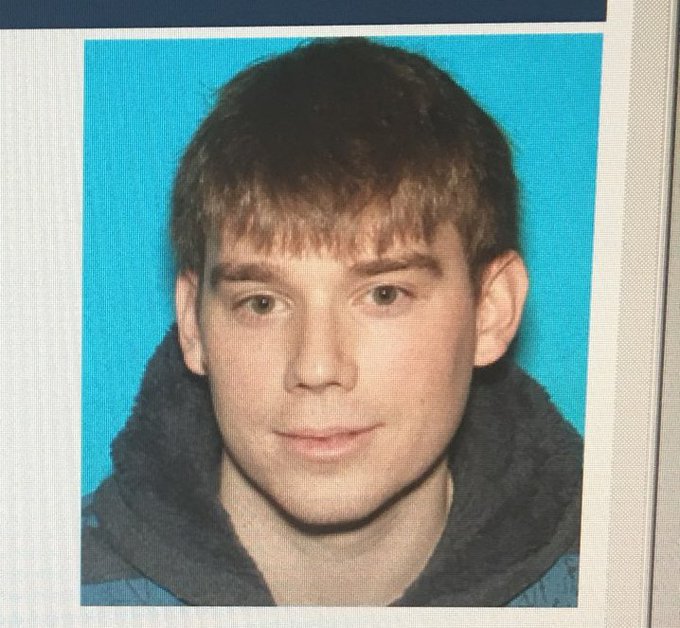 BREAKING: Travis Reinking, 29, of Morton, IL, is person of interest in Waffle House shooting. Vehicle the gunman arrived in is registered to him. Gunman last seen walking south on Murfreesboro Pike. He shed is coat and is nude. See Reinking? Pls call 615-862-8600 immediately.

Aaron said Reinking shot and killed two people outside the restaurant with an assault-type rifle before entering the building and gunning down patrons, killing at least one person. Another individual died at the hospital.

No further details about the victims were released.

At least two of the four injured suffered gunshot wounds. One person is said to be in critical condition and another is in critical but stable condition, FOX17 reported. Aaron said some people at the restaurant had “visible cuts” on their faces due to flying glass when shots were fired.

“The people inside the restaurant were very very shaken. They were in tears,” Aaron said. “Some of the folks who didn’t have to be transported [to the hospital] had glass wounds on their faces.”

Chuck Cordero told WTVF he saw the gunman pull up to the restaurant in a pickup truck and began shooting. Cordero, who is a regular customer and friends with the employees at the Waffle House, said he was waiting outside because the restaurant was busy and he was waiting for the booth he usually sits in to clear out.

At least four people were killed in a shooting at a Waffle House in Nashville, Tenn., police said.  (Metro Nashville Police Department)

“I showed up tonight and they were a little busy so I stayed in my car. As I got out, this lunatic in a pickup pulled up,” Cordero said. “[The gunman] shot a customer going in the door, shot my friend on sidewalk, shot through windows and then went in shooting. He pulled up, got right out; he was prepared to do what he did.”

A 29-year-old patron attempting to flee the gunfire saw the shooter struggling with the rifle at one point. The man charged at the shooter, wrestled the weapon away and tossed it over the restaurant’s counter.

“He is the hero here and no doubt he saved many lives by wrestling the gun away,” Aaron said.

Cordero said he also saw a man who “jumped in” as the gunman was reloading the rifle.

“There’s a gentleman who was in there that when the guy stopped to reload his gun he jumped him,” Cordero recalled. “Had that guy reloaded, there was plenty of people in that restaurant that would not have made it home this morning.”

The suspect in the deadly Waffle House shooting was identified as Travis Reinking.  (WTVF)

The patron suffered an elbow injury and other abrasians, though it’s unclear if it was a gunshot wound or caused by glass, according to Aaron.

Police initially described the gunman as a man with short hair who was last seen walking on Murfreesboro Pike after the shooting. They added that Reinking allegedly shed his green coat after firing his gun and is nude. Reinking reportedly then ran to a nearby apartment complex, where he lives, and put pants on before fleeing to a wooded area, Aaron said. Several residents in the area reported seeing a naked man in the area.

“A man believed to be Travis Reinking was last seen in a wood line near Discovery at Mountain View Apts. on Mountain Springs Dr. near the Waffle House. The man was seen wearing black pants and no shirt,” Nashville police tweeted just after 8 a.m. Sunday.

A man believed to be Travis Reinking was last seen in a wood line near Discovery at Mountain View Apts. on Mountain Springs Dr. near the Waffle House. The man was seen wearing black pants and no shirt.

Authorities identified Reinking as the suspect after finding the vehicle allegedly used by the gunman was registered in that name. Aaron said officials are still gathering information on Reinking, but found that the alleged gunman’s license “goes back to Illinois.” Nashville police checked with authorities in Illinois who said Reinking has a history with firearms in that state.

The motive of the deadly shooting or why Reinking was in Nashville is still unclear.

Pat Warner, Waffle House’s director of PR and external affairs, said in a statement to Fox News that members of management are at the Nashville location assisting with the incident. He deferred all other questions to the Metro Nashville Police Department.

“We are deeply saddened by this tragic incident. Right now, our first thoughts are with the victims and their families, and we will be there for them in this most difficult time. We are still gathering the details, and so we do not have much information to share,” the statement read.

“This is a very sad day for the Waffle House family, and we ask for everyone to keep the victims and their families in their thoughts and prayers,” Warner added.

Nashville Mayor David Briley tweeted: “It’s a tragic day for our city anytime people lose their lives at the hands of a gunman. My heart goes out to the families & friends of every person who was killed or wounded in this morning’s shooting. I know all of their lives will be forever changed by this devastating crime.”

It’s a tragic day for our city anytime people lose their lives at the hands of a gunman. My heart goes out to the families & friends of every person who was killed or wounded in this morning’s shooting. I know all of their lives will be forever changed by this devastating crime.

Philadelphia police searching for …by Tbag7 hours ago

PA woman accused of stealing lapt …by Tbag7 hours ago

Texas police officer said he had …by Tbag9 hours ago