Kyle Kashuv, a student at the Florida high school where 17 people were killed in a February mass shooting, has claimed that school security officers pulled him out of class and questioned him Monday after Kashuv tweeted about visiting a gun range with his father.

In a statement to The Daily Wire, Kashuv said he was called out of class at Marjory Stoneman Douglas High School and told to see the security resource officer whom he identified as “Mr. Greenleaf.” Multiple reports from around the time of the Feb. 14 shooting identify Kelvin Greenleaf as a “civilian security monitor” or a “security specialist” at the school.

According to Kashuv, a second officer joined Greenleaf and both men began “questioning me intensely.” 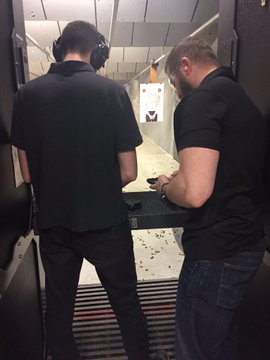 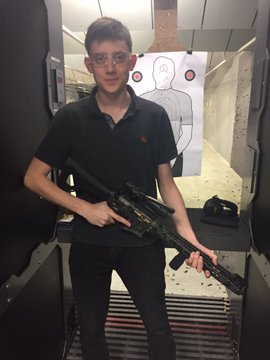 It was great learning about our inalienable right of #2A and how to properly use a gun. This was my first time ever touching a gun and it made me appreciate the #Constitution even more. My instructor was very informative; I learnt a lot. #2A is important and we need 2 preserve 2A

Facts matter. I wish the facts of guns were more known. We need to educate the public and show them why they NEED the 2A. pic.twitter.com/HzjEx9LH2r

“A well regulated militia being necessary to the security of a free state, the right of the people to keep and bear arms shall not be infringed.” pic.twitter.com/mfVRATZ4DT 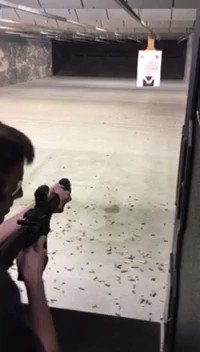 “First, they began berating my tweet, although neither of them had read it; then they began aggressively asking questions about who I went to the range with, whose gun we used, about my father, etc. They were incredibly condescending and rude,” Kashuv said.

At that point, Kashuv claims, a Broward County sheriff’s officer joined them, “and began asking me the same questions again.” Kashuv said the officers declined to let him record the interview, but told him he hadn’t done anything wrong.

“I asked why I was there,” Kashuv said. “One said, ‘Don’t get snappy with me, do you not remember what happened here a few months ago?’“ The teen also said that officers referred to him as “the pro-Second Amendment kid.”

In a message to Fox News, Kashuv said that one of the officers told him, “Kyle, you have such good grades, why would you do this?”

Eventually, Kashuv said the officers let him go and told him they’d contact his parents. It was not immediately clear if Kashuv’s parents had been contacted Monday evening.

Kashuv has drawn widespread attention for his pro-Second Amendment stance in the wake of the shooting at the Florida high school. By contrast, several of his peers who survived the shooting, such as David Hogg and Emma Gonzalez, have become the faces of a revitalized gun control movement.