Chip and Joanna Gaines reveal name possibilities for baby No. 5

“Fixer Upper” stars Chip and Joanna Gaines are getting ready for baby No. 5 and the reality stars recently admitted they have yet to decide on a name for their new bundle of joy.

The Gaines’ already have two sons with “D” names, a tradition that they have carried out. Their oldest son’s name is Drake while the second son’s name is Duke. But Joanna isn’t sure that she wants to continue on the “D” name tradition with her next son. Chip said that his wife now wants to “change the pace.” 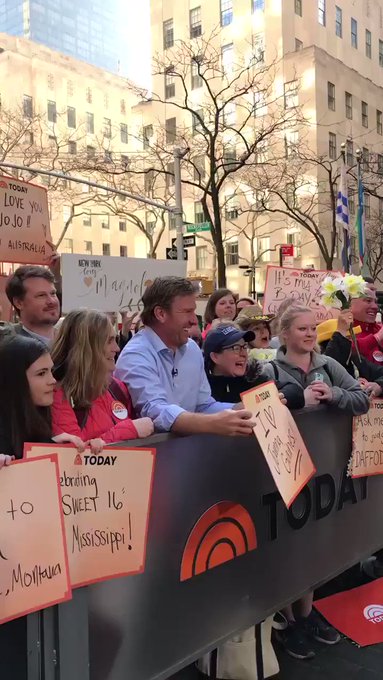 Jo’s cookbook is officially out! Let me tell you, she’s poured her heart into this book, and I couldn’t be more proud. I think your belly is gonna love it as much as mine does. #fangirling #MagnoliaTableCookbook

“This is really upsetting the balance of power,” Chip joked about the new edition of the family being a boy, outnumbering his two daughters, Ella Rose and Emmie Kay. “So the boys might be able to outvote from here until kingdom come.”

With a full house already, Joanna said she expects all of her children to help out with the new baby.

“There’s going to be quite the [age] gap,” Joanna said explaining that the age range for her kids runs from 8 to 13 years old. “I’m going to have a lot of little helpers. I’m so excited.”

The Gaines’ revealed the sex of their new baby with a touching video they shared on Twitter back in March.

The video featured a little boy named Gage, who helped the couple announce the news that they were expecting a baby boy.

“Alright, alright … if we’re going to announce the gender of our #5th child. It might as well come from my new friend #Gage! Take it away my man. @tebowfoundation,” Chip wrote.

#Gage was so thrilled to get to meet you! Thank you for making his day! pic.twitter.com/qUx04kEKz3

The couple met their Twitter pal Gage while at the Tim Tebow Foundation golf weekend. In the video, Chip asked Gage to help him think of a name for his new son.

“We’re just about to have another little baby because Uncle Chip lost his mind … I can’t think of a ‘D’ name. Can you help me think of a ‘D’ name?” Chip asked Gage while on the golf field at the Tebow Foundation event.  “Is that a secret? I don’t know, that might not even be allowed on Twitter. It’s a little boy and I need a ‘D’ name and so far, all I could come up with was Dragon, and she’s like, ’You are not calling that baby Dragon!’ Can you help me?”

The couple announced the news of the pregnancy back in January, just a few months after they revealed that fifth season of their hit HGTV show would be their last.

Oregon hammer-attack defendant to …by Holly8 hours ago