Hank Azaria addressed the controversy surrounding “The Simpsons” character Apu Nahasapeemapetilon and said he’s willing to stop voicing the cartoon to make room for “something new.”

Appearing on “The Late Show” on Tuesday, Azaria said he wants to see more Indian and South Asian writers on the popular sitcom to give Apu or a new character a “new direction.” Apu, the show’s convenience-store owner known for his thick Indian accent, was criticized in November when a documentary called “The Problem with Apu” pointed out several hurtful stereotypes the character portrayed about the South Asian community.

“I’ve given this a lot of thought — really a lot of thought — and, as I say, my eyes have been opened,” Azaria told host Stephen Colbert. “And I think the most important thing is we have to listen to South Asian people, Indian people in this country, when they talk about what they feel and how they think about this character, and what their American experience of it has been… Listening to voices means inclusion in the writers’ room.

He added, “I really want to see Indian, South Asian writers in the writers’ room, not in a token way, but genuinely informing whatever new direction this character may take, including how it is voiced or not voiced.”

Hank Azaria said he hopes there will be more Indian and South Asian writers on “The Simpsons.”  (Reuters)

Azaria said he’s “perfectly willing and happy to step aside” in voicing Apu. The actor added he’s also happy to “help transition” the longtime “Simpsons” character into “something new.”

“I really hope that’s what ‘The Simpsons’ does. It not only makes sense, but it just feels like the right thing to do, to me,” he said.

“The Simpsons” addressed the Apu controversy earlier this month in a brief scene some viewers felt was a “slap in the face” because it appeared the show was attempting to shrug it off.

In the episode titled “No Good Read Goes Unpunished,” show producers slipped in a scene with Lisa and Marge Simpson, who is reading an updated version of “The Princess in the Garden” that was edited to make it acceptable for 2018.

At one point, Lisa turns to the camera and says: “Something that started decades ago and was applauded and inoffensive is now politically incorrect. What can you do?” 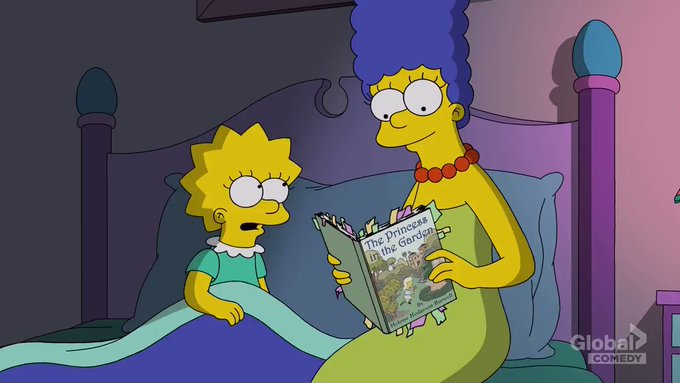 “Something that started decades ago and was applauded and inoffensive is now politically incorrect… What can you do?”

Lisa then looks at a picture of Apu with the catchphrase “Don’t have a cow!” written on it.

Azaria said he was not involved in how the scene played out.

“It was a late addition that I saw right around the same time that everybody else in America did,” Azaria said. “So I didn’t know it was going to be in it until I saw it.”