Prince Harry has asked his big brother Prince William to be his best man at his May 19 wedding to Meghan Markle, the Kensington Palace announced Thursday.

Prince Harry served as best man to The Duke of Cambridge at his wedding to Miss Catherine Middleton in 2011. pic.twitter.com/klHGqeAyeb

The Duke of Cambridge is honoured to have been asked, and is very much looking forward to supporting his brother at St George’s Chapel, Windsor on May 19th. pic.twitter.com/mQ0eh7Q0pR 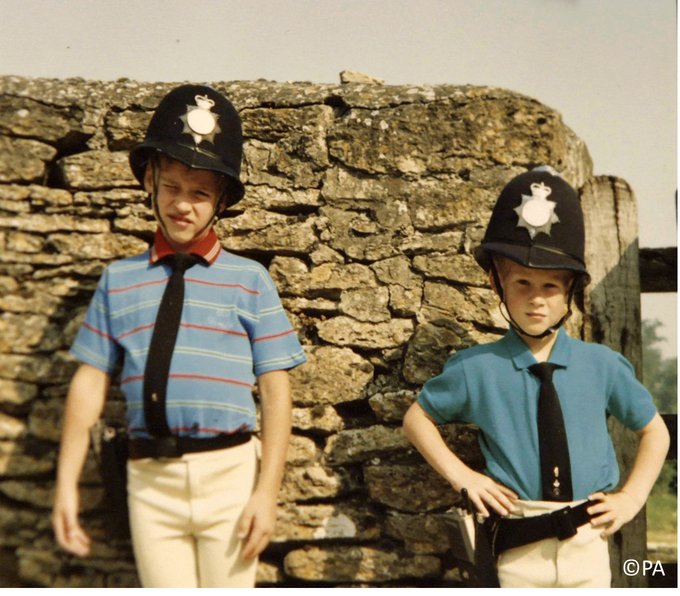 The Kensington Palace announced Prince Harry asked Prince William to be his best man at his wedding to Meghan Markle.  (AP)

Harry was William’s best man at his 2011 wedding to Kate Middleton and now the big brother can return the favor for his brother’s big day.

In January, William was asked by British radio host Roman Kemp if he will be Harry’s best man but the Duke of Cambridge said he was not asked at that time, People reported.

“He hasn’t asked me yet, just to clear that up. It could be a sensitive subject,” William said.

William told Kemp he and his brother are close especially after their mother Princess Diana died in a car wreck in 1997.

Prince William said he and his brother are close especially when their mother, Princess Diana, died in a car wreck in 1997.  (AP)

“Our relationship is closer than it’s been because of the situation we’ve been through,” he said. “Losing our mother at a young age, it’s helped us travel through that difficult patch together. You’re like-minded. You go through similar things — it’s a bond, and it’s something you know you’ve tackled together and come out better for it.

“That’s the thing about being a best mate, inevitably one of you is sometimes on an up, while the other is on a down. You’re always there for each other and repaying that favor,” he continued.

The Duke of Cambridge has had quite a week after he and wife welcomed their third child, a boy, Monday.