Prosecutors recently dropped the four most serious charges against a man who had been accused of plotting a high school shooting — allegations that have sparked fear in the Vermont community where he lives.

Jack Sawyer, 18, was arrested Feb. 15, just a day after the high school massacre in Parkland, Fla. He was charged with attempted murder and aggravated assault with a weapon.

Sawyer was accused of planning to commit a school shooting at the high school he previously attended in Fair Haven.

But a ruling by state Supreme Court earlier this month made the prosecution of Sawyer “untenable,” according to Rutland County State’s Attorney Rose Kennedy. The court ruled that “preparation alone” for mass murder didn’t constitute a felony attempt at murder.

Kennedy said she would now proceed to prosecute Sawyer based on two lesser charges of criminal threatening and carrying a dangerous weapon.

Sawyer has pleaded not guilty to all charges. He had been held without bail since February, but last week the judge set his bail at $100,000 and it has since been lowered to just $10,000. 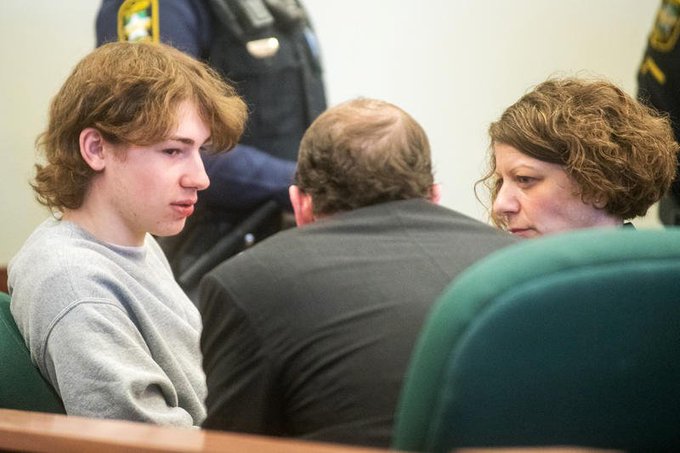 Sawyer’s lawyer said Wednesday that his client would not be released from custody just yet.

But the fears of possible shooting after Sawyer’s release are rocking the local community — and the state.

Republican Gov. Phil Scott said the Sawyer arrest influenced his stand on some proposed changes in state gun restrictions. On April 11, he signed bills to raise the age for buying firearms, ban high-capacity magazines and make it easier for authorities to take guns from people deemed to be a threat to themselves or others.

The move established the first significant gun restrictions on gun ownership in Vermont history — drawing the ire of many gun rights supporters, who heckled Scott with shouts of “Traitor!” and “Liar!” when he signed the gun control bills in a public ceremony.

Sawyer allegedly kept a diary called, “The Journal of an Active Shooter,” that included extensive plans for a school shooting that would surpass the death toll of any other school shooting.

Authorities were alerted about Sawyer’s diary by one of his friends, who provided some Facebook messages detailing the plot.

The defense argued that Sawyer didn’t take any steps to actually commit the crime. While he moved back from Maine to Vermont and had bought a shotgun and ammunition, he had not visited the former high school or the town where the school is located, the lawyers said.

‘Yahoo’ boys have become role mod …by Chefee3 hours ago

My boobs are my unique selling po …by Chefee3 hours ago

Two brothers on their way to see …by Chefee3 hours ago

FG Set To Create 5million Jobs – …by Chefee3 hours ago

For Me Sex Is Sacred, Spiritual – …by Chefee3 hours ago

Newborn baby found dumped in soak …by Chefee5 hours ago

Fayemi's Second COVID-19 Test Is …by Tbag6 hours ago

Obasanjo Tests Negative For Coron …by Tbag6 hours ago

Kashamu: Let’s Be Kind To The Dea …by Tbag8 hours ago

Ize-Iyamu: Presidency Asks PDP To …by Tbag8 hours ago

NNPC Signs Pact With Partners To …by Tbag8 hours ago

Laycon: Erica Tried To Kiss Me, B …by Tbag9 hours ago

FAAN Workers Crushed To Death By …by Tbag9 hours ago

Oba Of Benin: I Am Not Against An …by Tbag9 hours ago

Movie Download: Unlock - The Haun …by Tbag11 hours ago

Crowd At Buruji Kashamu's Burial …by Tbag11 hours ago

The Corpse Of Kashamu Buruji Arri …by Tbag11 hours ago

WASSCE: Ghanaian Students Beat In …by Tbag12 hours ago

Suspense Over Looming Cabinet, Se …by Tbag12 hours ago

2023 Presidency: Fresh Hurdles Be …by Tbag12 hours ago

The Most Powerful Native Doctor in Nigeria
Ijebu Igbo
$5.00