A body recovered from the Pacific Ocean earlier this month was one of three missing Hart children, officials in California confirmed Tuesday.

DNA analysis confirmed the body found April 7 was that of Ciera Hart, 12, who had been riding in an SUV with other family members when it plunged off the Pacific Coast Highway in Mendocino County on March 26, the county coroner’s office said.

Officials had previously spelled the girl’s first name as Sierra.

Two other Hart children – Devonte, 15, and Hannah, 16 — remain unaccounted for.

The bodies of driver Jennifer Hart and her wife Sarah Hart, both 38, and three of their six adopted children were found March 26, after their vehicle plunged about 100 feet onto a rocky shoreline from the highway above. The three children were identified as Markis, 19; Jeremiah, 14; and Abigail, 14. 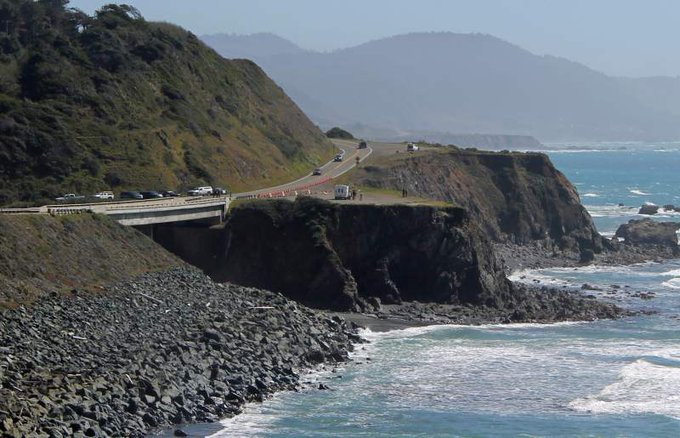 Two other Hart children – Devonte, 15, and Hannah, 16 — remain unaccounted for.

Investigators have determined that Jennifer Hart was driving drunk and they suspect the crash was intentional. In addition, toxicology tests revealed that Sarah Hart and two of the three children found March 26 had diphenhydramine, the active ingredient in Benadryl, in their systems, the Press Democrat of Santa Rosa, Calif., reported. The drug is known to cause drowsiness.

Authorities are still trying to determine a motive for the crash.

The family most recently lived in Washington state, just north of Portland, Ore.

The crash happened just days after authorities in Washington opened an investigation amid allegations the children were being neglected.

The children were all adopted from the Houston area, and news of their deaths has set off debate about the need for possible reforms in the foster system in Texas.

On Monday, the Coaltion for the Presevation of the Black Family and their supporters held a demonstration outside the Harris County Family Center, arguing that the Texas foster system unnecessarily and unfairly separates black family members, the Houston Chronicle reported.

Among the group was Nathaniel Davis, who had been the children’s stepfather.

“I’m going to be honest, why did they let her take these kids out of the state of Texas?” Davis asked, according to the newspaper. “It wasn’t right. They shouldn’t have taken the kids away from us like they did.”

State officials have refused to comment on the case of the Hart children, citing policies on client confidentiality, the newspaper reported.

The Associated Press contributed to this story.

Philadelphia police searching for …by Tbag5 hours ago

PA woman accused of stealing lapt …by Tbag5 hours ago

Texas police officer said he had …by Tbag7 hours ago