Tristian Thompson has been benched.

The 27-year-old NBA star returned to the court on Wednesday night for the first round of playoff games, but the basketball player didn’t do much playing. Or any for that matter. According to People, Thompson remained on the Cleveland Cavaliers’ bench for the entirety of the game.

Thompson’s bench warming comes just days after his girlfriend, Khloe Kardashian, gave birth to a baby girl, following the multiple allegations that he cheated on her with several women.

But a day before Kardashian gave birth to their daughter, True Thompson, the basketball player was booed by fans during his April 11 game against the New York Knicks. TMZ reported Thompson avoided having his name announced over the PA system.

During the game, fans even held up signs in support of the 9-months-pregnant Kardashian, who reportedly went “ballistic” when Thompson’s alleged cheating actions were made public. 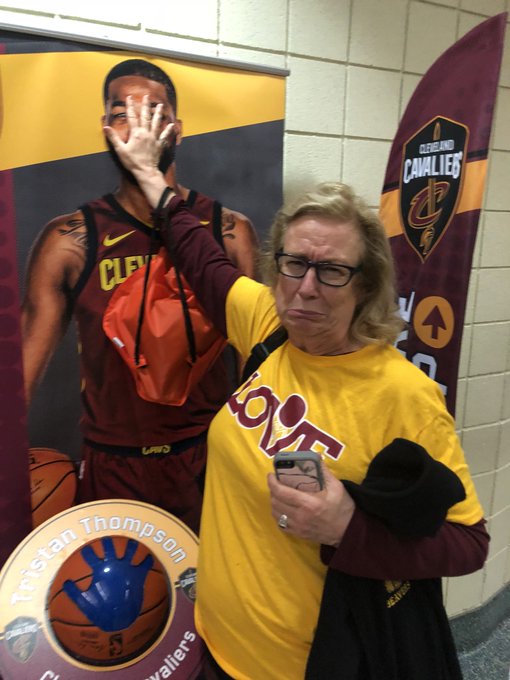 Also on Wednesday, a source revealed to People that Thompson is reportedly not living in his Cleveland house with Kardashian and their daughter. According to the magazine, Thompson has been in and out of the home to see his daughter but is not staying.

Other insider revealed that the new mom is anxious to get back to Los Angeles, but has to remain in Cleveland until doctors clear her to travel. But while in Ohio, Kardashian’s sisters, Kourtney, Kim and Kendall, flew to the state to visit baby True and also to celebrate Kourtney’s 39th birthday. Her siblings have since returned to L.A., where Kardashian soon hopes to join them.

Thompson will travel to Indiana for his next playoff game on Friday.

Ramsey Nouah Spotted With Tunde E …by Holly17 hours ago

Recommended
Can Conte save his job if Chelsea qualify for the Champions League?
19 April With the end seemingly close to Antonio Conte's…
Cresta Posts Box by CP