Gov. Phil Murphy of New Jersey responded this week after Gov. Greg Abbott of Texas tried to lure the Garden State’s residents and businesses down South with a promise of lower taxes.

The Northeast Democrat penned an op-ed for the Dallas Morning News, refuting what he called  “a cheap shot” that Abbott took a day earlier in a piece for the Star-Ledger of Newark.

Abbott, a Republican, extended his invitation to tax-burdened New Jerseyans after the blue state’s release of a budget proposal calling for $2.7 billion in tax hikes.

NJ Gov Murphy to Texas Gov Abbott: Back off from our people and companies | @DMNopinion https://www.dallasnews.com/opinion/commentary/2018/04/18/nj-gov-murphy-texas-gov-abbott-back-people-companies?utm_campaign=Echobox&utm_medium=Social&utm_source=Twitter …

NJ Gov Murphy to Texas Gov Abbott: Back off from our people and companies

In New Jersey, we are moving in a new direction, and we’re making exciting progress. We’re working hard to be the state of good value for money and…

That drew Murphy’s retort, titled, “NJ Gov. Murphy to Texas Gov. Abbott: Back off from our people and companies.”

The newly elected governor opened by saying he was “moving New Jersey in a stronger and fairer direction” after Republican predecessor Chris Christie “failed miserably” by favoring the wealthy and big corporations over regular people. 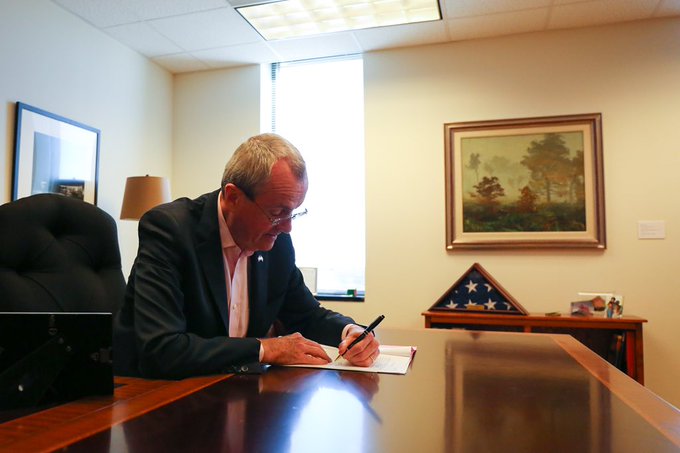 I will continue to seek solutions to the high property tax burden in New Jersey.

Today, in response to the federal tax law limiting maximum state and local property tax deductions to $10K, I signed a bill clarifying that those who prepaid their taxes were authorized to do so.

Murphy quickly compared the two states’ economies, noting that “Texas’ ranking among state economies has plummeted” from 3rd to 21st, according to Governing magazine. He noted New Jersey was ranked 24th.

“Perhaps this is why he’s desperately trying to poach jobs from other states, instead of growing the Texas economy organically through increased investments,” Murphy quipped.

Murphy then gave Texans a counteroffer. He cited business advantages such as his state’s location “with direct access to 31 million consumers within 100 miles of Newark,” and an “unparalleled global reach” thanks to its ports.

Murphy went on to tout New Jersey’s investments in its classrooms and teachers “brings to the table one of the nation’s top three K-12 public school systems as ranked by U.S. News (Texas? No. 33).” He wrote his state “ranks No. 6 in the nation for college readiness (Texas is No. 21) and second for pre-K enrollment (Texas is No. 38).”

On the Lone Star State’s health care, Murphy cited U.S. News for its low rankings in both access and quality, falling in at 46th and 45th, respectively. Texas has “the nation’s highest rate of uninsured residents,” Murphy wrote, citing Governing magazine.

Murphy concluded that New Jersey still has “a lot of work to do” as the state digs itself out of a financial hole, but told Texans the Garden State “will be the best bet you’ve ever made.” 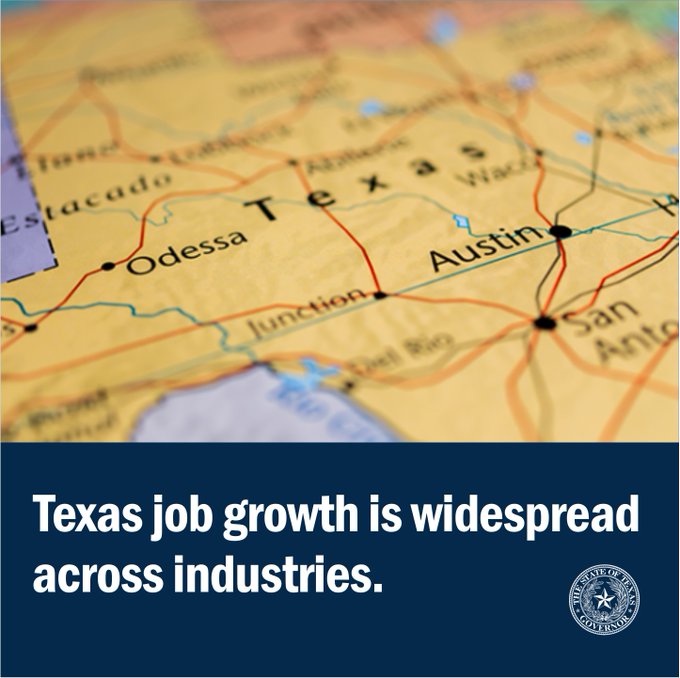 Adding jobs at a rapid clip, growth in Texas is widespread & across every major industry, led by 35% gains in professional & business services, 22% in construction & 33% in leisure & hospitality. – Dallas Fed

But Murphy’s budget proposal, outlined by Abbott in his op-ed, requested a $2.7 billion increase from the prior year’s budget. The tax hikes included a higher sales tax and raising income taxes on those making more than $1 million per year in the state where rates are already among the highest in the nation.

Abbott used New Jersey’s “fiscal crisis” to extend an invitation for those looking to ease the burden, touting his administration’s tax cut of $4 billion, Texas’ reduction in “regulatory burden,” and the “600,000 new jobs,” added since he was elected governor.

“That’s why I’d like to throw a lifeline to businesses and families throughout New Jersey who are looking for greater economic opportunity and relief from high taxes,” he wrote. “Come to Texas and be a part of our economic success story.”

Brooke Singman contributed to this report.

Defense stars as Tampa Bay Buccan …by bellamarlolo2 hours ago

Buhari, Osinbajo To Spend ₦3.4 Bi …by Tbag12 hours ago

Villagers Flock To Worship 5-Legg …by Tbag13 hours ago

World’s Rarest Passport That's He …by Tbag13 hours ago

NIN Is Mandatory For Foreign Dipl …by Tbag13 hours ago

Where and how to buy weed online …by darknetweed18 hours ago

NIN : We Leave Home Early, Abando …by Tbag20 hours ago

Man Arrested With a Loaded Gun an …by Tbag22 hours ago

Your Girlfriend Will Drink My Tam …by amitabulsura1 day ago

My Very Hard Otin Will Enter Your …by amitabulsura1 day ago

Why I Rejected Fela’s Marriage Pr …by Tbag1 day ago

WP Review Machine by Neil Macpher …by kemontol1 day ago

Jihad Terrorists Seize Military B …by Tbag1 day ago

As NYSC Reopens Camps Amid COVID- …by Tbag1 day ago

Yoweri Museveni has been Declared …by Tbag1 day ago

Conor Mcgregor And His $1m Astron …by Tbag3 days ago

About Diabetesby Tbag3 days ago

A Mother And Her Two Children Bur …by Tbag3 days ago

Funmi Olorunnipa Badejo has been …by Tbag3 days ago