The 12th Court of Appeals in Tyler — about 98 miles east of Dallas — said the law was too broad and infringed on free speech with its restrictions on sharing inherently expressive media online, the Texas Tribune reported. 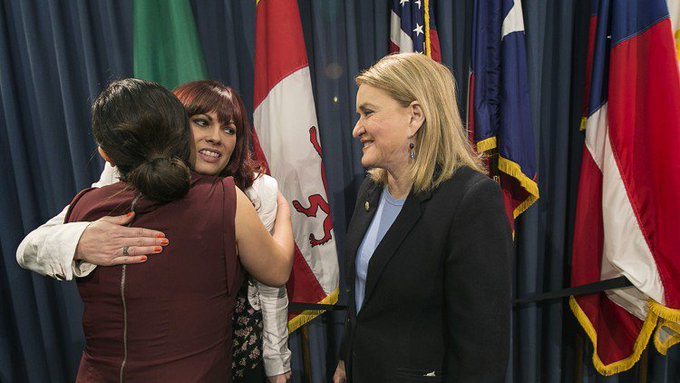 The court also called the law vague, breaching the rights of third parties who may unintentionally share the private images.

Some state lawmakers expressed frustration with the court’s decision.

Texas officials plan to appeal a ruling that voided a law making it a crime to reveal intimate photos or video from a current or former relationship.

The 2015 law, enacted by Republican Gov. Greg Abbott, made it a crime to share a person’s intimate content online without their consent, the Tribune reported. The misdemeanor punishment carried a charge of up to a year in jail and a fine of up to $4,000.

Similar laws exist in dozens of other states, though their consequences vary. New Jerseypunishments carry no jail time, but violators can face a fine of up to $30,000. In California, it’s punishable by up to a year’s imprisonment and a fine not exceeding $2,000.

The Texas court’s ruling blocked the law in about a dozen counties in Northeast Texas under the 12th Court of Appeals, though courts serving the other districts could consider its decision for similar cases, the Tribune reported.

The Office of State Prosecuting Attorney will seek to overturn the ruling in an appeal, the paper reported. If unsuccessful, the agency will bring it to the Court of Criminal Appeals — Texas’ highest court for criminal cases.

Philadelphia police searching for …by Tbag2 hours ago

PA woman accused of stealing lapt …by Tbag2 hours ago

Texas police officer said he had …by Tbag4 hours ago

A 100 day pause on deportation of …by Tbag23 hours ago