Forget “Silence of the Lambs” – Anthony Hopkins has found a new way to terrify audiences.

The Welsh actor shared a selfie video of himself Sunday dancing wildly to salsa music with a bizarre, menacing grin on his face, leaving users on social media scratching their heads.

“This is what happens when you’re all work and no play,” the 80-year-old captioned.

The Hollywood star, famous for playing villainous characters, just wrapped the upcoming TV movie “King Lear” where he stars as the Shakespearean royal who descents into madness. 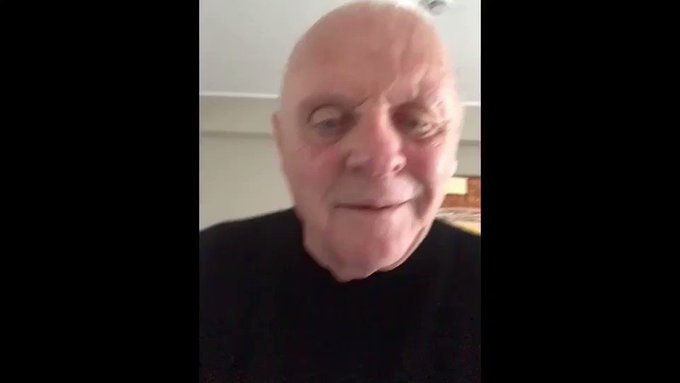 Fans immediately reacted to the video with some expressing concern that Hopkins had officially lost it.

“With all due respect Sir Anthony, that is THE single most peculiar thing I’ve seen all day,” one commented.

With all due respect, Sir Anthony, that is THE single most peculiar thing I’ve seen all day…

“A little too much Chianti with those Fava Beans?” chimed another, referring to his role as Dr. Hannibal Lecter in the 1992 thriller.

A little too much Chianti with those Fava Beans?

“Well at least I know what tomorrow’s nightmares are gonna look like,” tweeted another.

“This was horrifying,” added another. “Even fun loving Anthony Hopkins is scary.”

This was horrifying. Even fun loving Anthony Hopkins is scary

The comical clip was posted the same day that the second season of “Westworld” premiered on HBO.

While Hopkins originally appeared in the series back in 2016, the video made no mention of the show.

Why Biden Won't Support Buhari's …by Holly20 mins ago

How to solve login issue on terno …by Tbag30 mins ago

The Great Subculture of Ninja Top …by amitabulsura18 hours ago

Man Tries To Eject Wife From Her …by Tbag19 hours ago

Etinosa finally unveils her daugh …by Chefee21 hours ago

A Woman Hijacks Commercial Bus Fr …by Tbag21 hours ago

Lionel Messi Sent-off For The Fir …by Tbag21 hours ago

What will Kanye be Really Worth W …by Tbag21 hours ago

Car With Learner Sign Crushes Six …by Tbag22 hours ago

Alexei Navalny: EU and US demand …by fbhfgchf22 hours ago

Defense stars as Tampa Bay Buccan …by bellamarlolo1 day ago

Buhari, Osinbajo To Spend ₦3.4 Bi …by Tbag2 days ago

Villagers Flock To Worship 5-Legg …by Tbag2 days ago

World’s Rarest Passport That's He …by Tbag2 days ago

NIN Is Mandatory For Foreign Dipl …by Tbag2 days ago