Authorities have leveled new warrants against the man accused of opening fire at a Waffle House restaurant in Tennessee over the weekend.

Alleged shooter Travis Reinking, 29, had five more warrants issued against him on Tuesday, the Metro Nashville Police Department tweeted. Among them are four counts of attempted murder and one count of unlawful gun possession in the commission of a violent felony. 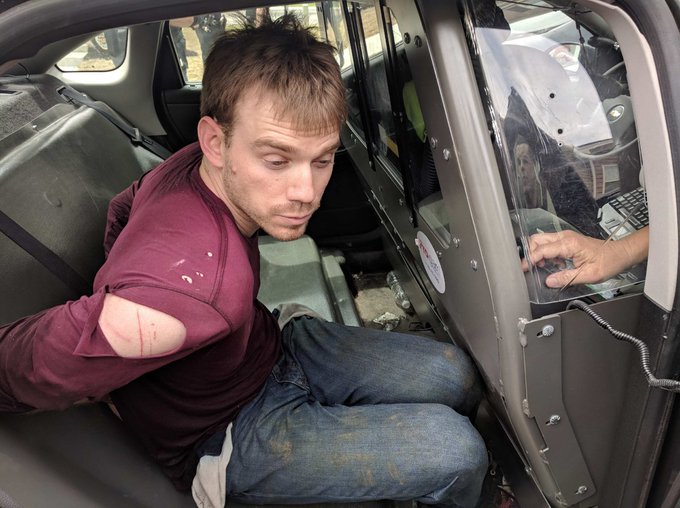 BREAKING: 5 more warrants have now been issued against Travis Reinking charging 4 counts of attempted murder and 1 count of unlawful gun possession in the commission of a violent felony. 1 of the attempted murder victims is hero James Shaw. Reinking’s court date is now May 7.

Authorities previously charged the suspect on Monday with four counts of criminal homicide, according to court records. He was initially held on a $2 million bond, but that was revoked.

A court date for Reinking has been scheduled for May 7, police said.

Reinking was wearing a green jacket when he allegedly stormed the Waffle House in southeast Nashville and fired a weapon, authorities said.

A restaurant patron was able to wrestle the gun away from the suspect, police said, after which Reinking allegedly fled the scene, leading authorities on a day-long manhunt.

He was apprehended Monday afternoon after law enforcement received a tip. Authorities said they followed Reinking onto a pathway in a wooded area, where an officer saw his face and confirmed his identity.

Police said Reinking had a backpack with him at the time of his arrest, and in it was allegedly a loaded semi-automatic weapon, ammunition, a flashlight and a holster.

Travis Fedschun, Nicole Darrah and The Associated Press contributed to this report.

Biden's pledge to suspend deporta …by Tbag19 hours ago

Capitol rioter accused of stealin …by Tbag19 hours ago

Buhari, Osinbajo To Spend ₦3.4 Bi …by Tbag3 days ago

Villagers Flock To Worship 5-Legg …by Tbag3 days ago

World’s Rarest Passport That's He …by Tbag3 days ago